As a general rule, script fonts tend to be built upon elements that have been stereotypically associated with femininity; smooth curves and delicate swashes. As a result, scripts are often associated with products that are intended “for women”. (One of the ‘great’ non-connecting script fonts is Othmar Motter’s Femina, which is doused in so much perfume there’s not much mistaking it for anything you might find on a baseball uniform.)

Daniel Sabino’s concept for Haltrix was to head in the exact opposite direction of most script fonts, purposefully making a ‘masculine’ script face; the starting point being the designer’s own handwriting. Every decision was made during development to make the letters as aggressive and angular as possible by avoiding curves and emphasizing straight line segments.

Haltrix sits amongst other such scripts as Gabriel Martínez Meave’s Arcana and Roger Excoffon’s marvelous Mistral (as well as Elena Albertoni’s homage, Nouvelle Vague.) The typeface was also influenced by blackletter types, bringing a harder-edged approach than its predecessors.

The typeface is a connected script reliant upon OpenType Contextual Alternate lookups, and with several alternates, swashes, and wide language support. 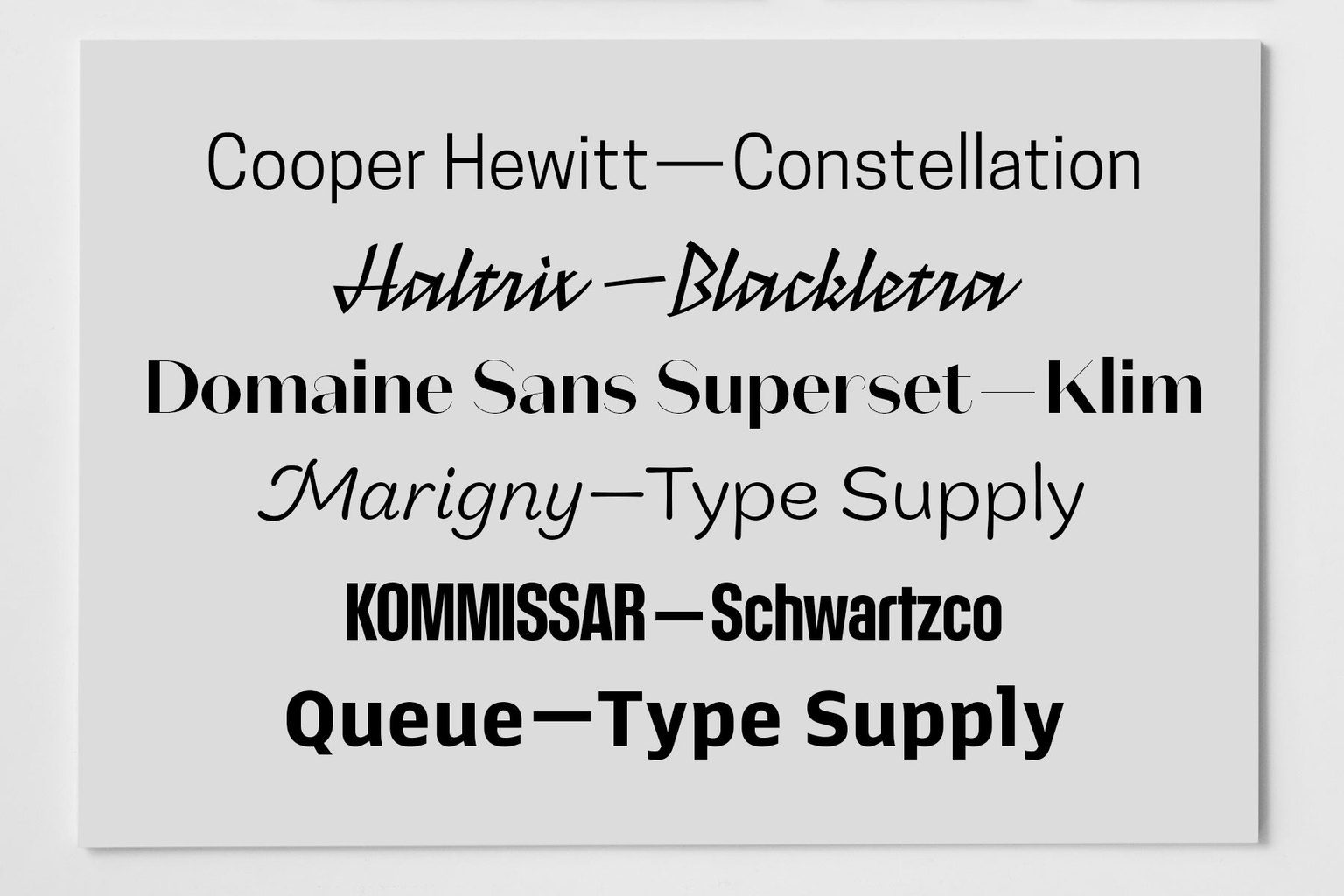