Eudald News comes out of a larger family of fonts designed in 1998 after the types cut by Eudald Pradell in Spain during the eighteenth century. As denoted by its name, Eudald News is a version adapted specially for newspapers. It was first used by the Portuguese daily newspaper Diário de Noticías in 2006, being now used in various publications internationally.

Eudald News was initially released in a simple form of two weights, Roman and Bold, with one italic and small caps for the roman weight, for the new OpenType version two weights were added: Medium and Semibold with italics and small caps (including italic small caps) for all weights. In addition, all styles have now optional figure styles, lining and old style, both with table and proportional widths. All fonts have extended glyph support for most latin based languages.

Eudald is part of FTF’s Iberian historical series, along with Merlo, Rongel, and Geronimo, (available through Enschedé.) 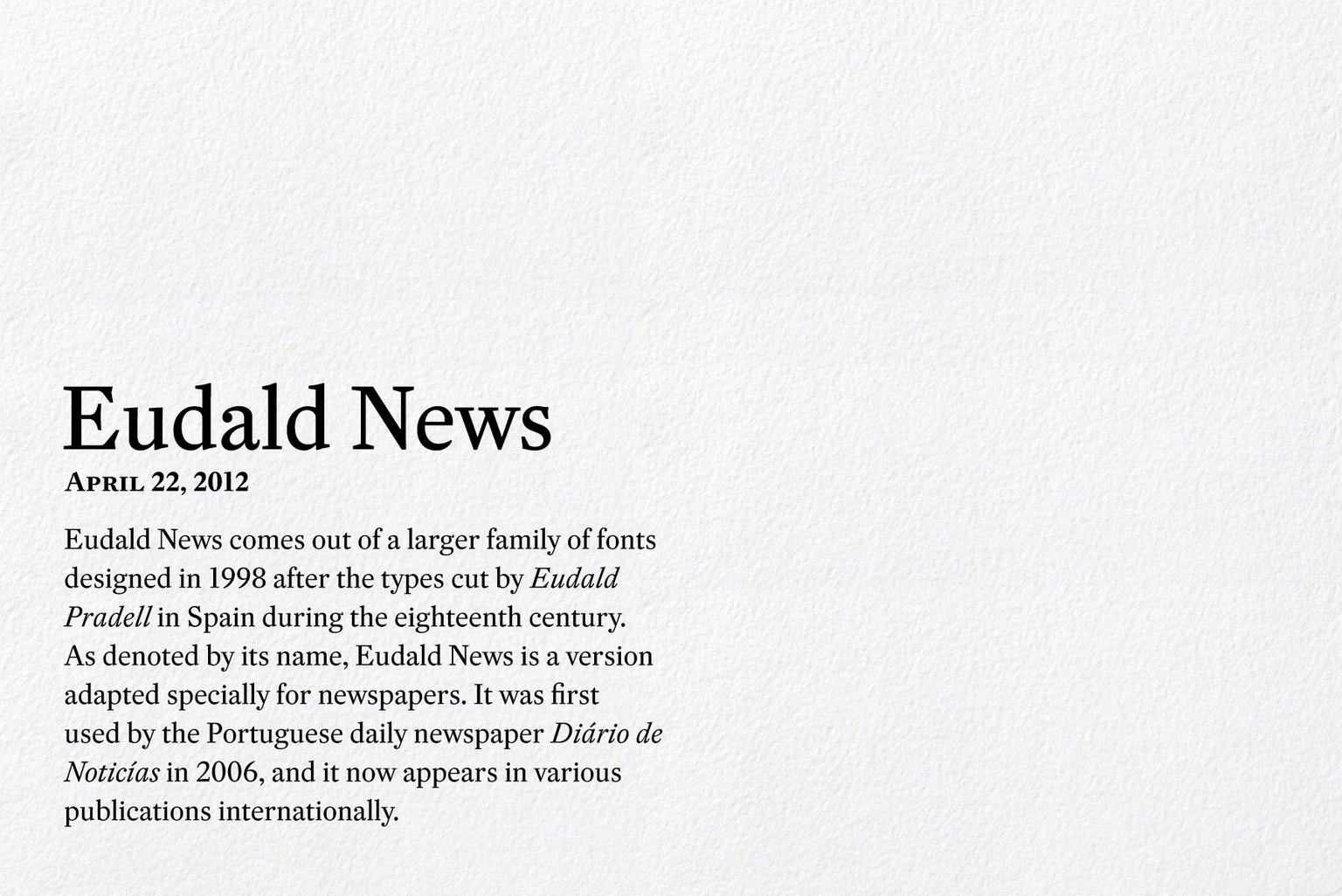