Mário Feliciano’s Flama is an unornamented sans serif initially designed for signage which mixes aspects of European and American sans serifs. Flama was initally released with 5 weights in roman and italic, and is now 45 styles across 4 widths, including Thin weights which were commissioned by Black Book magazine. With its ‘neutral’ flavour, Flama proves to be highly efficient for signage, corporate as well as for editorial design. 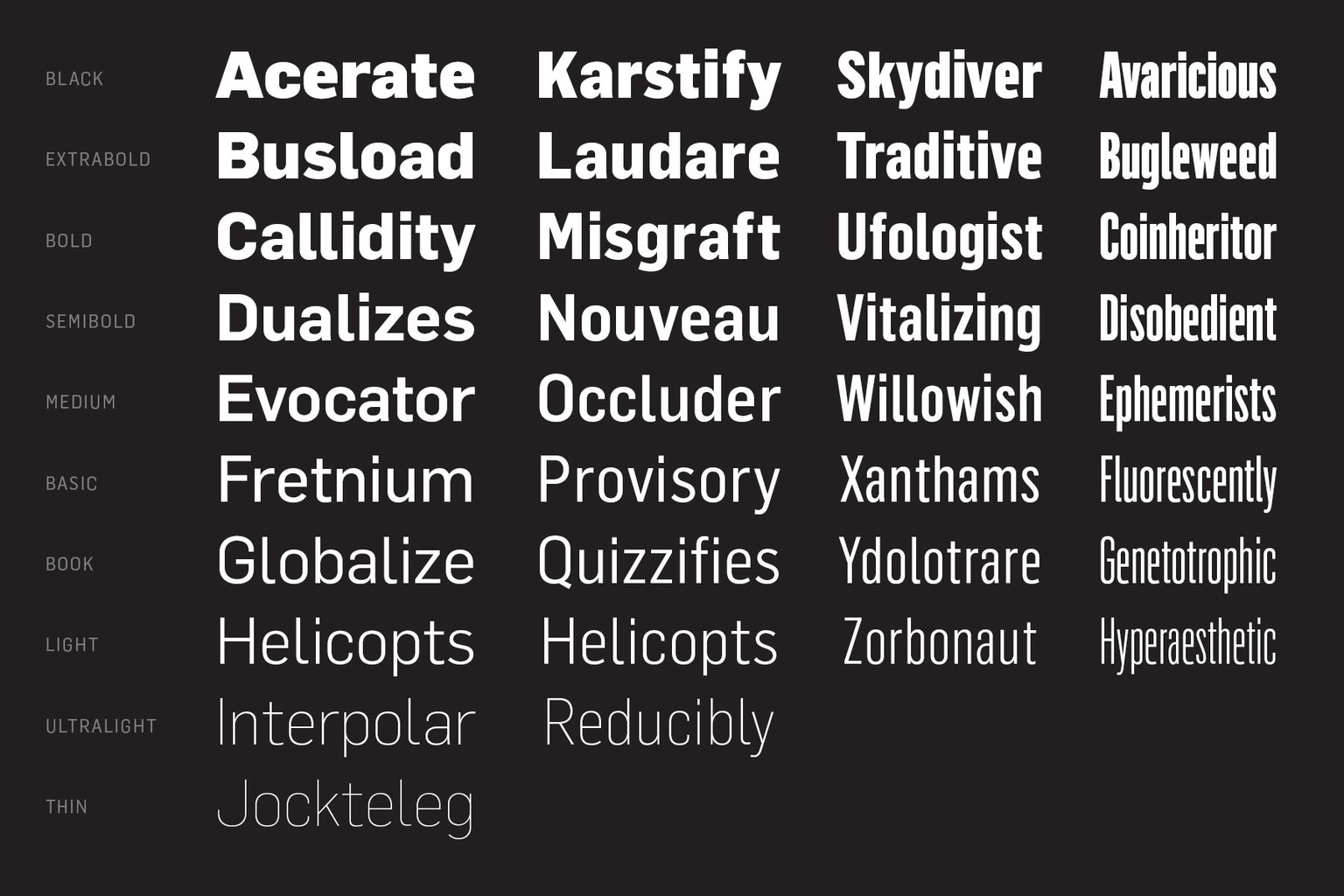