Giving historical types a new lease on life
Some of the typefaces I have designed over the years are revivals, and this is a practice I intend to continue. I adhere to a simple principle: to my knowledge, there should be no decent digital version available at the moment I decide to revive a specific historical type. With a single exception — the as-of-yet unpublished Saling — all my revivals were modeled after what I consider to be classic designs: Geronimo (1997–2011, published by The Enschedé Font Foundry), Eudald News (1998–2009), Merlo (1998–2009), Monteros (1998–), Rongel (1998–2004) and Villeneuve (2010–2017). While they may not appear in most of the typographic specimen books, the typefaces were produced according to the highest standards of their time regarding aesthetic and technical quality.

I have used different approaches for each of these designs, yet all my revivals share a common goal. I aspire to make the best possible contemporary representation of the types they are based on. Even though I allow myself quite a bit of freedom, adapting and changing the original shapes during the development, I still aim to maintain the type’s core character in each revival. I stay true to their original purpose — all of them have been Roman types — meaning they are commonly used as text faces in books.

As a self-taught type designer, I have no pre-defined workflow or tried-and-true method for developing a font family. Each new typeface is uncharted territory, with the specific nature of the design informing how I will tackle its development. Not that I start every type design project entirely from scratch, but — except for what I consider to be the fundamentals — I like to shake things up. I continue to learn and grow as a type designer by trying to do things differently every time and gain new experience from that. This mindset helps me discover new ways of doing things with each project. It is also the main reason why it takes me many years to finish most of my typefaces.

Designing a good typeface inspired by a poor one
The creation of Mazagan, however, is quite a different story. To begin with, Mazagan cannot be considered a strict revival in the same strict sense my other revivals were. It is “inspired by” rather than “based on.” Mazagan certainly is the most unusual typeface I have created in years. Its development started in early 2015 and, just like most of my typefaces, the design went through several stages and names.

Mazagan doesn’t really fit in any of the common type classifications. However, even though it may look surprising and even a little awkward at first sight, there is an air of familiarity to it. One key aspect makes Mazagan fundamentally different from any of my previous designs with historical roots. My primary goal was to create a quality typeface based on what I considered to be a rather weak design; not only by today’s standards, but also back when it was produced.

Mazagan gets its inspiration from Marocaines, a novelty type reproduced in the Fonderie Mayeur Type Specimen (Paris, 1912). The face is also featured in other specimen books of the same period, including the FTF (Fonderie Typographique Française) specimens that show a narrower version. The unique design is quite appealing, yet — while it appears to be reasonably functional — some of the letters stand out so much from the rest of the character set that you can hardly consider it a good typeface.

The Mayeur specimens (I acquired my copy of the 1912 edition in 2015) are so overwhelming in terms of exquisite content that it takes a while to discover everything that’s in there. Because of that, the thing that initially caught my attention was not Marocaines’ design but its name. It is pretty easy to deduce the aim of this typeface: lending an exotic appearance, a Moroccan look to a Latin typeface by introducing swashes reminiscent of Arabic calligraphy in some the letterforms. This approach is typical for the 19th and early 20th century, when Europe witnessed a fascination for Orientalism. I still have to track down who the designer was, but I found this concept intriguing and worth exploring.

From the onset, I realised I needed to radically alter many aspects of the source material if I wanted to create a balanced, sound, and good-looking typeface. To make the design palatable for contemporary users, I suspected I would have to distance myself from the original typeface and fundamentally redesign most of the glyphs. Which I eventually ended up doing, but not to as much of an extent as I initially expected. Looking past the obvious oddities, quirks, and some questionable glyphs — see for instance the lowercase g — I found some lowercase letterforms in Marocaines which, to me, looked outstanding. Specifically the b, d, p, q and h, m, n, r, u seemed very promising. They strengthened my conviction that I could create something interesting and aesthetically pleasing with Marocaines as raw material. The original shapes of those letters were preserved in Mazagan and became the starting point for building the rest of the character set. The figures, called Arabic numerals, also looked great in Marocaines; they too ended up in Mazagan. Furthermore, Mazagan preserves more or less the colour and texture of the original typeface.

The design process
Because it was the closest weight to the original Marocaines typeface, I started by drawing the Bold, followed by the Medium and Super. The Black weight was then generated by interpolating the Bold with the Super. I began by scanning a few letters from the Fonderie Mayeur 1912 specimen, using them as a reference to determine some of the glyph shapes and proportions. While these could be applied to most of the capitals, some had to be altered rigorously to better harmonise with the other letters. The C and the G were completely redesigned, the S suffered similar treatment, and the contrast in the O and Q was reduced. Another major alteration was changing the diagonal strokes in the B, P and R to horizontal ones. For the lowercase, some key elements such as the shape of the lowercase h, m, n, and u, b, d, p, q were preserved, while others had to be re-invented, like the c, e, g, and s. The a, while not being entirely new, still differs considerably from the original character shape.

The original typeface came with a set of alternate letters that were meant to enhance the Arabic appearance by extending some of the ascenders and descenders. I kept those variants that made sense in the new design. The alternate H, L, M, N, and h, m, and n are present in Mazagan; the alternate s amongst others was removed. I chose to have the original lining numerals as the default figure style, and created a new set of old style figures; both styles are available in tabular and proportional variants.

As Marocaines only existed as an upright type, the italics are an invention of my own. Their design pretty much adheres to the concept of a sloped roman, yet I introduced a few genuine italic nuances to give them an interesting cursive appearance. As a tribute to the original typeface, I added two fancy swashes for the capital A and M.

How to use Mazagan
In the Fonderie Mayeur specimen, Marocaines was advertised as a darker companion for Roman types that lacked a bold weight, particularly for the new Elzevirs. However, it can be used for many more purposes: on book jackets, posters, and album covers, in packaging and branding, for editorial design, signage, invitations, restaurant menus, and any circumstance that calls for an exotic touch. The uniqueness of the design instantly creates a personable and robust identity straight out of the box.

The origins of the name Mazagan
The most interesting aspect of Marocaines is that the designer attempted to infuse a roman typeface with visual cues from Arabic calligraphy. Not wanting to adopt an apparent Arabic word for the name, I tried to reflect this element by paying homage to the Arabic influences in our Portuguese culture (and vice-versa) throughout history. Previously known as Mazagan (Portuguese: Mazagão), El Jadida is a port city on Morocco’s Atlantic coast. It is located 106 km south of Casablanca in the Doukkala-Abda region of the El Jadida province. The fortified Portuguese city of Mazagan was registered as a UNESCO World Heritage Site in 2004, by its status as an “outstanding example of the interchange of influences between European and Moroccan cultures” and as an “early example of the realisation of the Renaissance ideals integrated with Portuguese construction technology.” After they seized the city in 1502, the Portuguese built a citadel in 1514, and a more extensive fortification in 1541. They would continue to control the city until 1769 when they abandoned Mazagão, their last territory in Morocco. Upon their forced departure, the Portuguese destroyed the Governor’s Bastion and evacuated to the Portuguese colony of Brazil, where they founded a new settlement called Nova Mazagão (now in Amapá). The city was then taken over by Sultan Mohammed ben Abdallah in 1769 and remained uninhabited, having been dubbed al-Mahdouma (“The Ruined”). Eventually, Sultan Abd al-Rahman of Morocco ordered the construction of a mosque and had the destroyed portions of the city rebuilt. The reinvigorated city was renamed al-Jadida or “The New.” 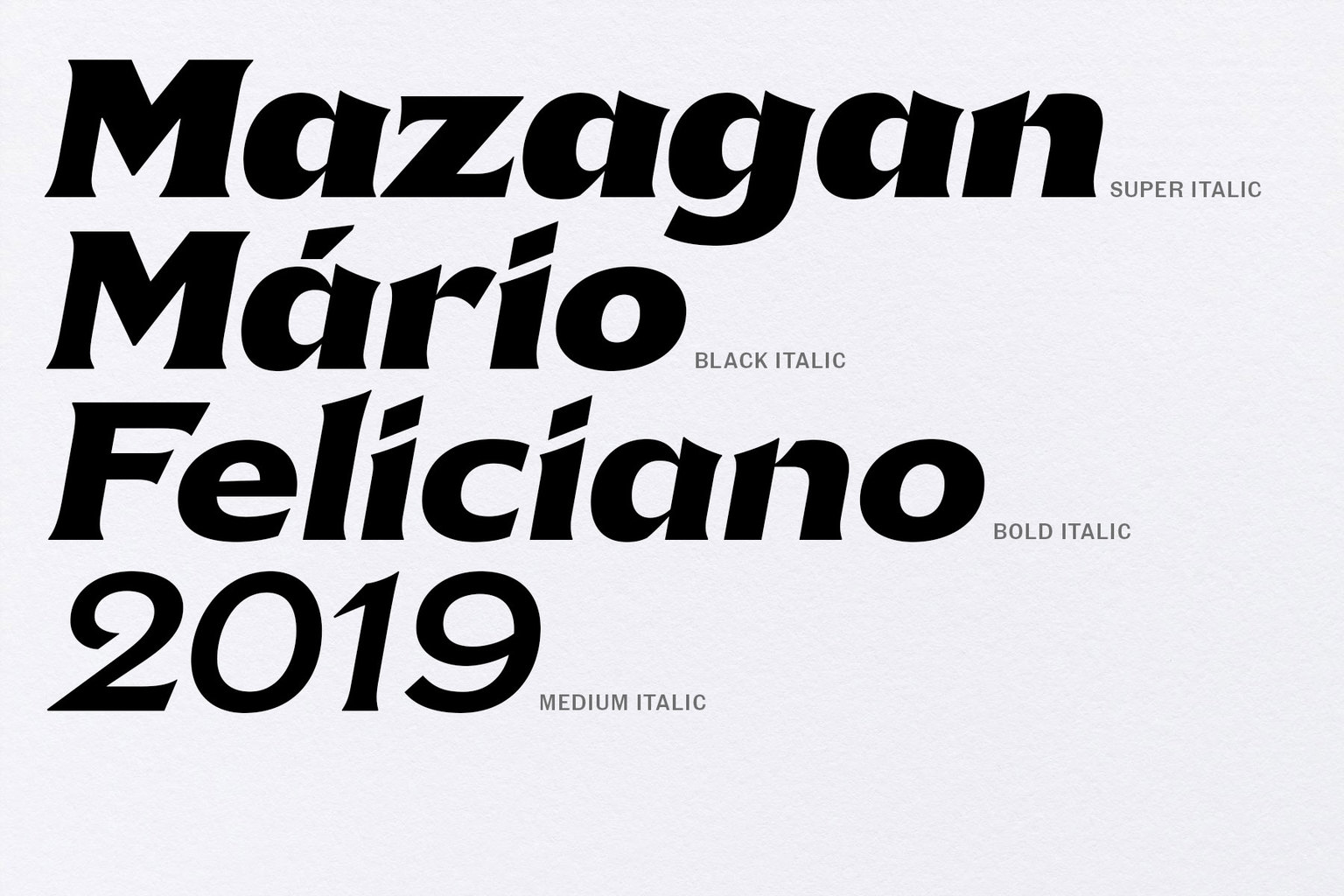