The design of Proof has its origins in many tram rides in Düsseldorf, Germany, and is directly influenced by the powerful, industrial charm of these vehicles. Many of the early sketches were drawn on these rides. (For the first several years of its life, the typeface was called ‘Tram’; alas, our friend and colleague Henrik Kubel at A2-Type had already published his CPH Tram, and we did not wish to create any confusion in the marketplace between these two vastly different designs.)

Proof developed into a sturdy and compact sans-serif which balances a constructed, technical feel, squarish superellipse forms with subtle but dynamic stroke modulation and angled stroke terminals harking to wayfinding types. Hanno incorporated humanist elements as well as features of classic grotesks, and he hopes to have retained some of the warmth of those old types. 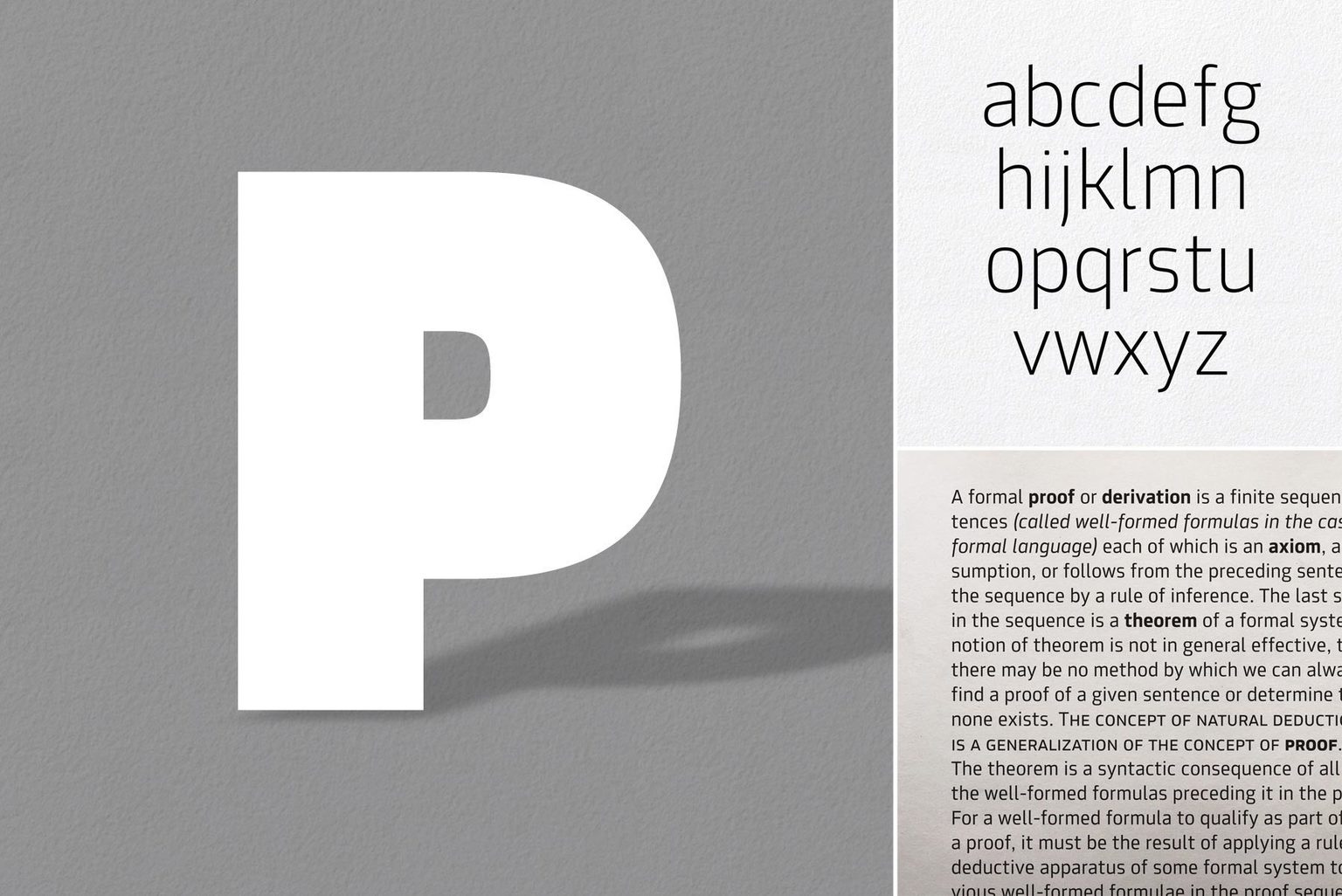