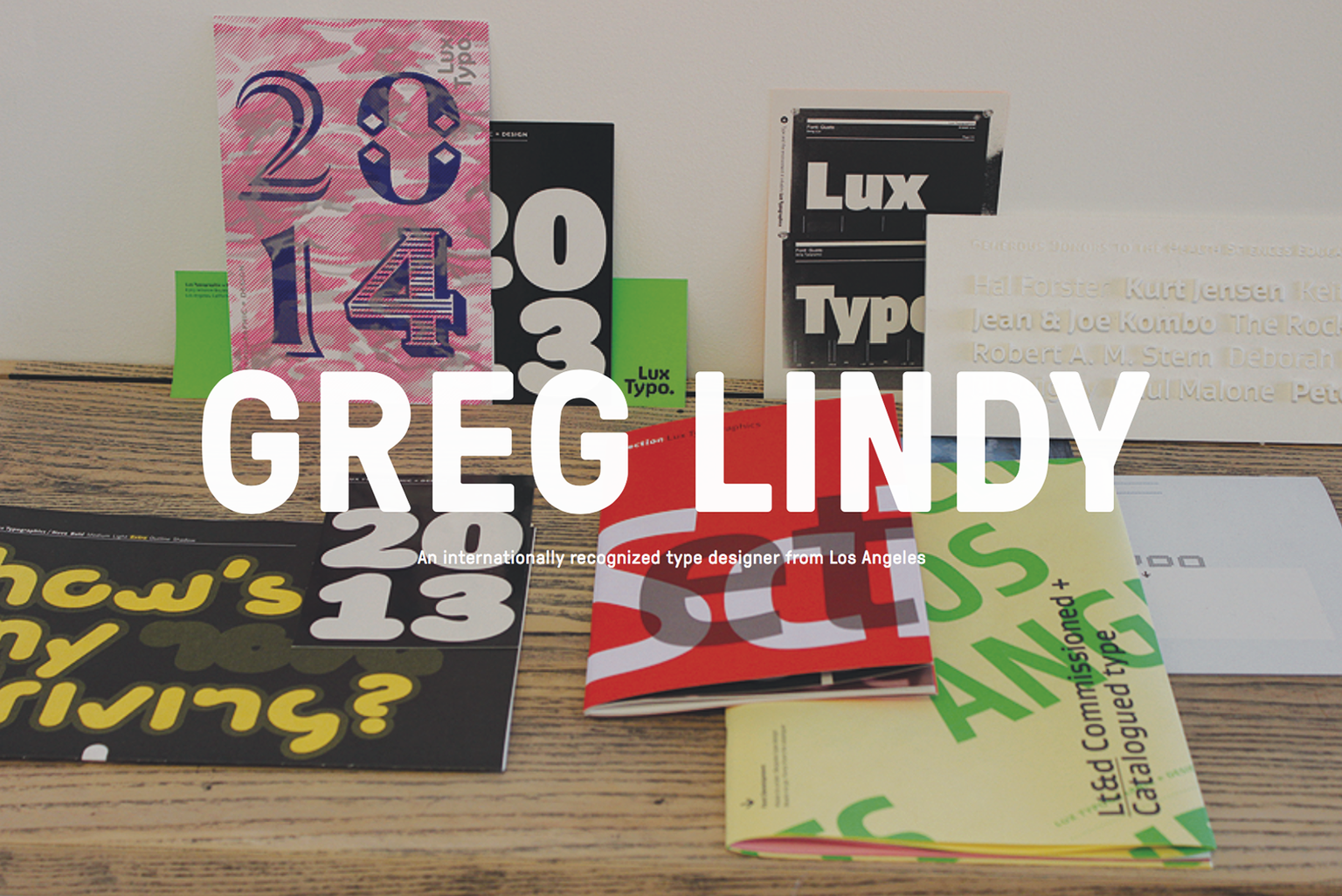 ‘We discovered Greg’s work online and were immediately impressed by it. His portfolio includes assignments for The Getty, Sundance Institute, and the Autry Museum, among others. After contacting him, we received a booklet of his called ‘Hecho in Los Angeles’ together with an awesome shirt. This led to us having a great conversation about Greg’s path as a designer and typographer, the industry’s changing landscape and what the future holds.

‘Tell us something about yourself

‘I’ve been in LA pretty much my entire life… You know, moving here as a small kid I’ve spent quite some time, I’ve seen the good and the bad. The good is, quite honestly, is the weather and the openness, when you’re not tied down to a certain place. It’s also part of the drawback that things are so spread out, but you can go the beach one day, you can go to the desert… The majority of days are really nice, actually the funny thing is it rarely rains, but it’s raining today! (laughs) The weather does have quite a bit of an effect, yeah.

‘Creatively-wise, what’s really nice about Los Angeles is that it’s messy, it’s not contained, you have to work and search for it. Whereas I think in some place, particularly in New York, it’s all very nicely packaged, and LA is a little bit messier. It’s kinda like the treasure hunt, when you search and you find it, it tends to have more value for you. Also I think the attitude here is different… There’s a lot more optimism, everything seems possible. It’s not ‘fenced in’, so to speak, like maybe New York, or even maybe San Francisco, it’s very open and expectations are kind of low. You know how New York sort of thumbs their nose at Los Angeles for not having culture, I think that’s great because when cool stuff happens it’s even more special.’

Read the rest of the Los Bangeles feature here…