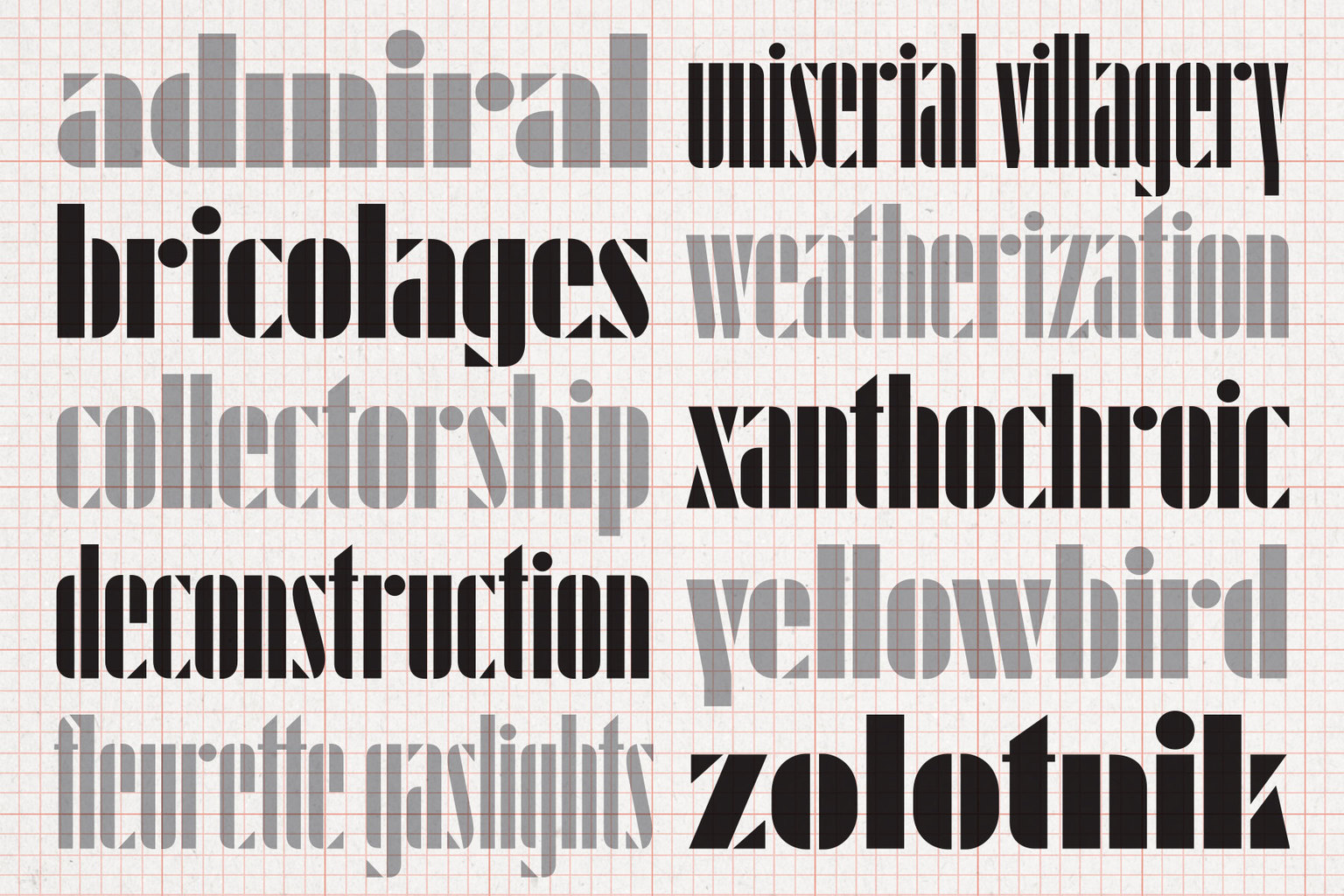 A particular feature of Crisol is the use of triangular terminals instead of the rounded ones characteristic of Futura Black and Braggadocio. And while it was very tempting with this kind of geometric design to lose myself in the possibilities for a whole range of alternate forms, I resisted, and so Crisol comes with a single alternate a, for which the triangular terminal has been replaced by a circle. Crisol also comes with just one style of figures available in proportional and tabular widths, as well as small figures for superiors, inferiors, numerators and denominators.

Another useful and rather unusual feature of Crisol is the way the diacritics have been designed. Instead of matching the overall weight of the glyphs, the diacritics are lighter, having been made to visually match the thinner strokes instead of the heavier ones. This facilitates the setting of capitals in lines with tight leading to create lively and richly-textured typographic blocks. The lighter diacritics on the lowercase also help avoid a clash between capitals and accented letters, reducing the need for positive kerning.