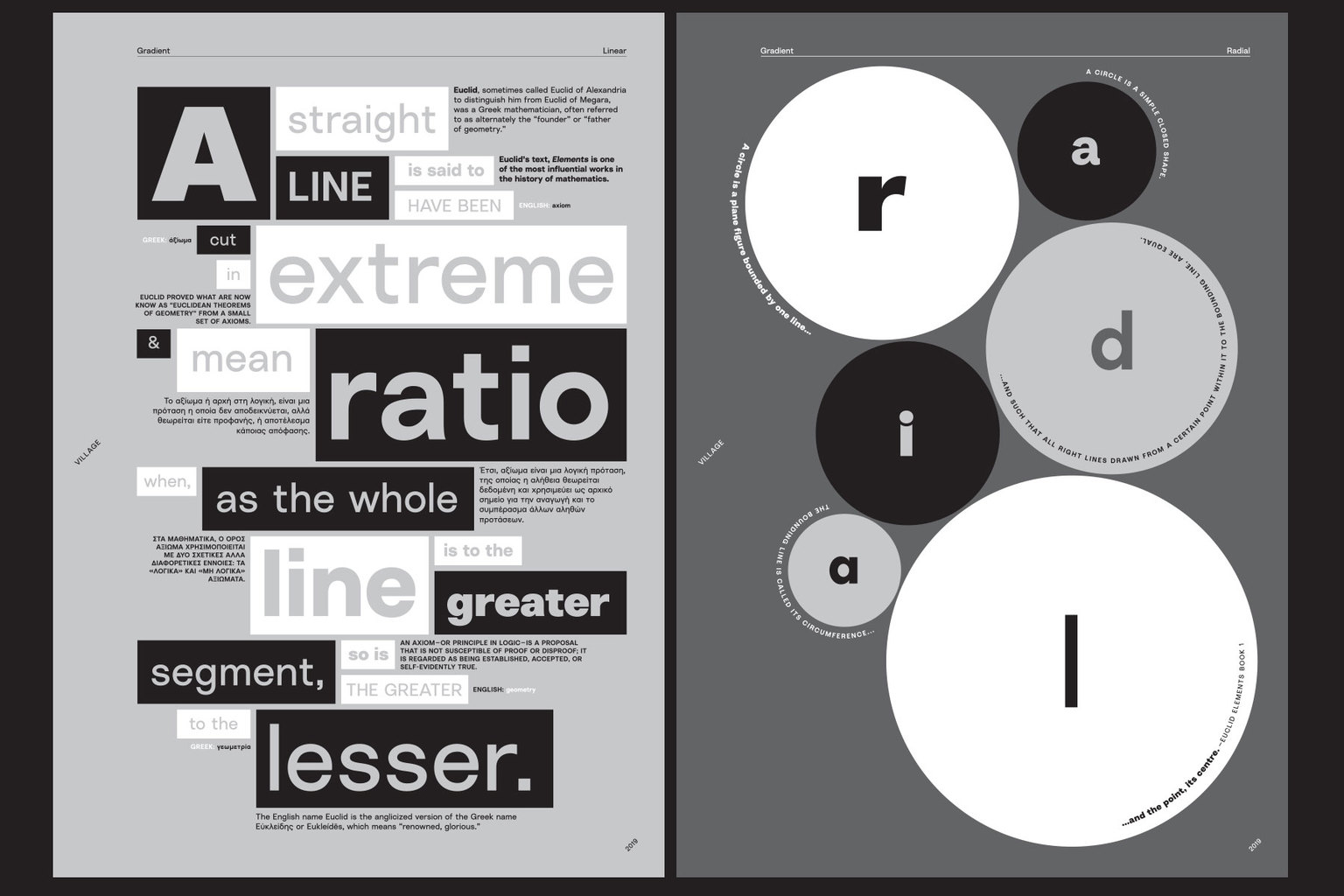 Linear Sans is Milos Mitrovic’s take on 1950’s Swiss modernism. It is a neo-grotesque sans serif that comes in 5 weights in roman & italic. Linear Sans is built upon rigid geometric principles using high contrast and tight apertures but its laid back finish is the key factor to breathe warmth into its personality. The family of fonts is complemented by its variable version with simultaneous control of both weight and slant axes.

Radial is an emotionally charged geometric-turned-humanist sans serif of 5 weights with matching italics and infinite sub-instances in its variable version. Radial’s informal geometry and wide span of tonal variety cross conventional barriers of traditional sans-serif typography. Milos Mitrovic’s design resonates with a dramatic personality range, performing flawlessly in both muscular display and nimble text font sizes. The variable font support comes naturally, as Radial’s fundamental geometric forms are built with motion in mind. Weight and slant are the two axes that can be controlled simultaneously in the variable version.