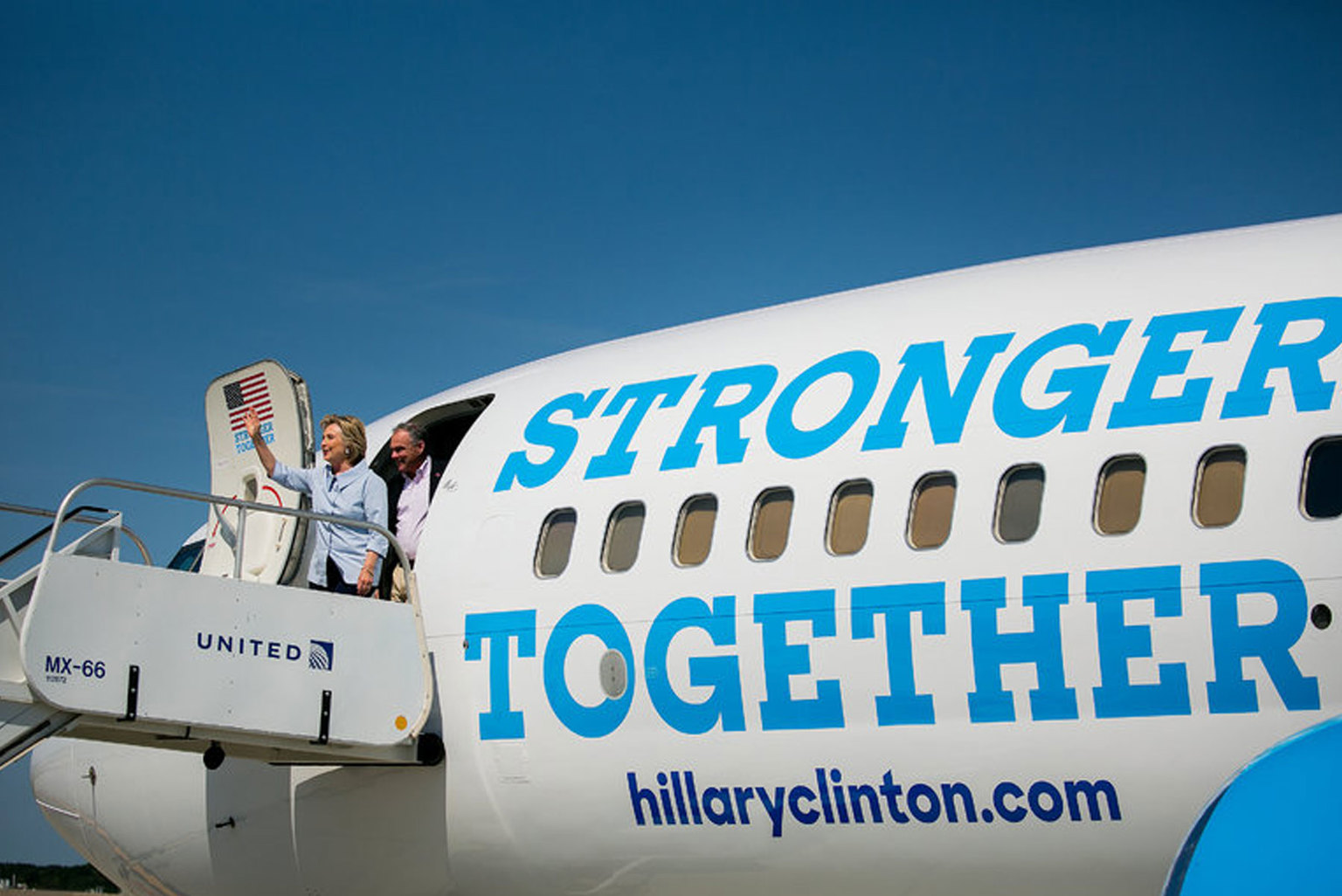 Lucas Sharp created two typefaces for Hillary Clinton’s 2016 campaign for the Presidency of the United States: Sharp Sans and Sharp Slab (both pictured above.)

The newest iteration of Sharp Sans was conceived for the 2016 Presidential bid by former Secretary of State Hillary Clinton. Michael Bierut and his Pentagram team chose Sharp Sans Display No.1 as the main typeface for the campaign identity, but such a monumental project required a sturdier and more utilitarian typeface.

The new Sharp Sans is completely redrawn and shaped by the rigorous typographic demands of modern visual communication. Setting the new Sharp Sans apart from its predecessors are a larger x-height and more open counters, lending the types improved utility in extended text setting, while still working as a headline face. This versatility was not the primary objective of the two Sharp Sans Display typeface families.

Jennifer Kinon, a founding partner of New York City design firm OCD, has taken an extended leave from her studio to serve as Design Director for Hillary for America. Kinon art directed the revisions to the new Sharp Sans while expanding the campaign’s identity and teaching each campaign office how to use it.