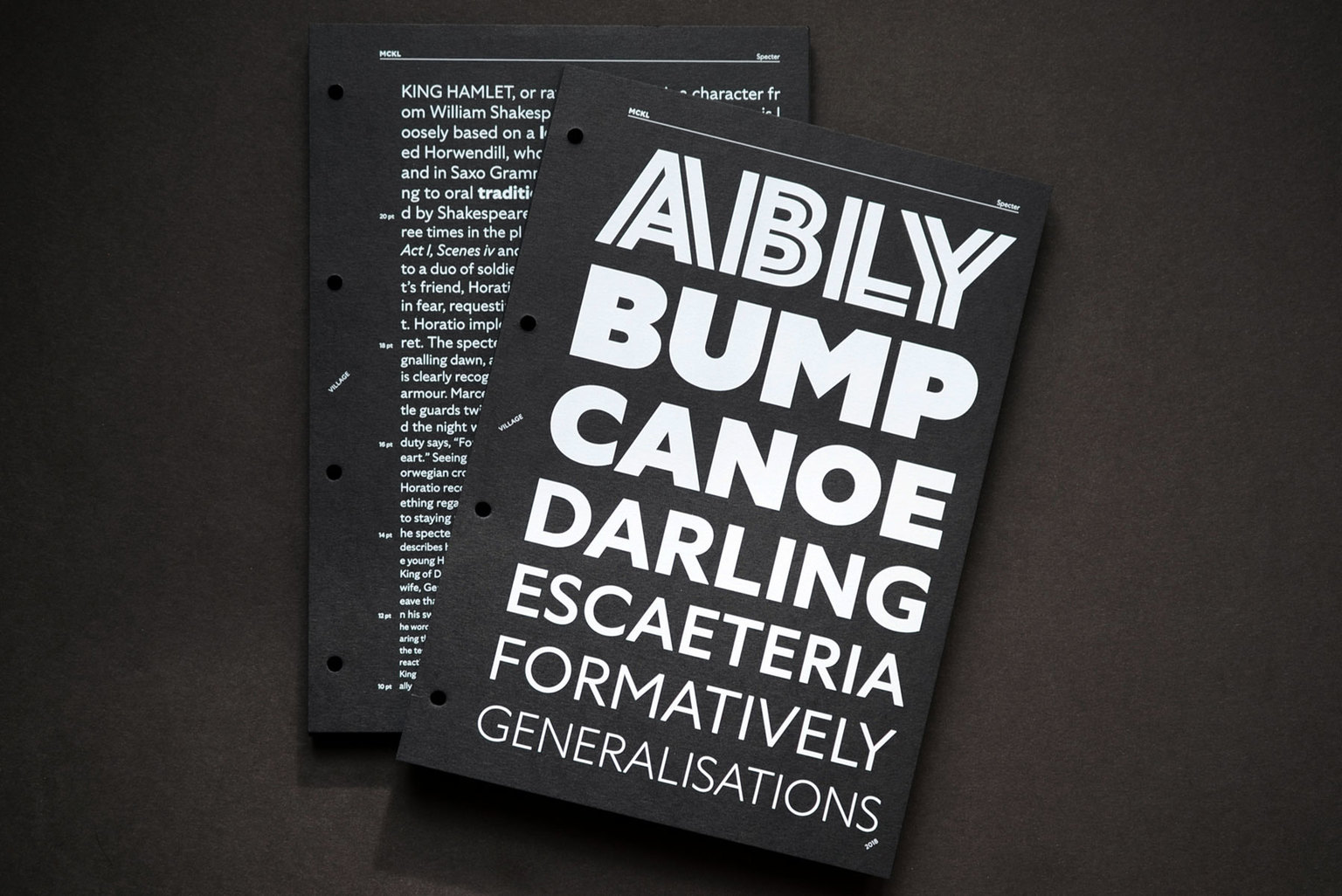 Specter, designed by Jeremy Mickel with Douglas Hayes, is a constructed geometric sans with 90° sheared terminals and true italics. It is available in seven weights with roman and italic styles, including special inline display styles.

Specter takes a novel approach by ignoring calligraphy, resulting in shapes that are almost like cut paper laying on top of each other. Flat terminals allow for tight typesetting, and a friendly lowercase and unique italic create a charming and refined personality. And Specter Inline is ready when you need a dramatic display face.