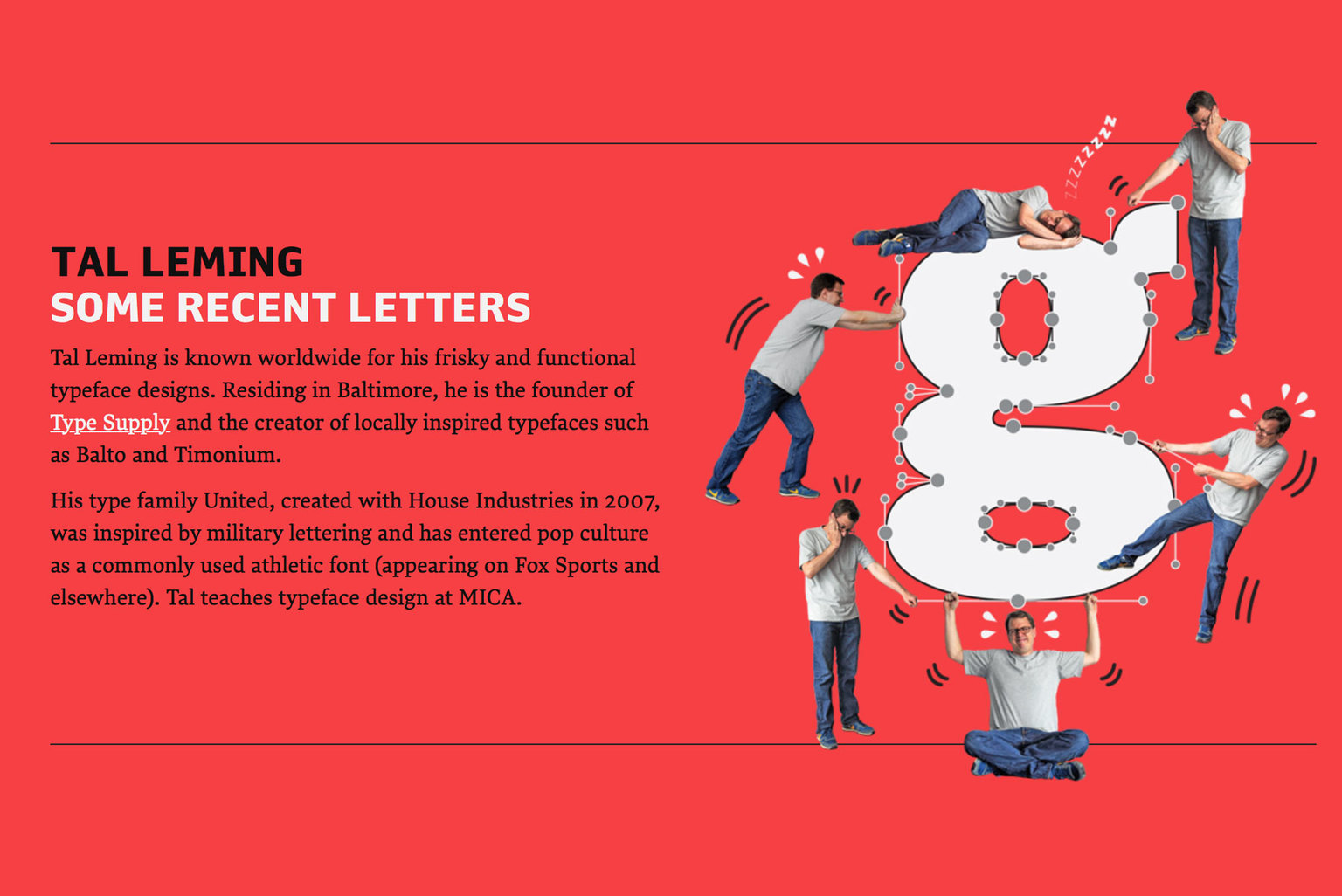 Tal Leming is known worldwide for his frisky and functional typeface designs. Residing in Baltimore, he is the founder of Type Supply and the creator of locally inspired typefaces such as Balto and Timonium.

His type family United, created with House Industries in 2007, was inspired by military lettering and has entered pop culture as a commonly used athletic font (appearing on Fox Sports and elsewhere). Tal teaches typeface design at MICA.

See more over at typenite…