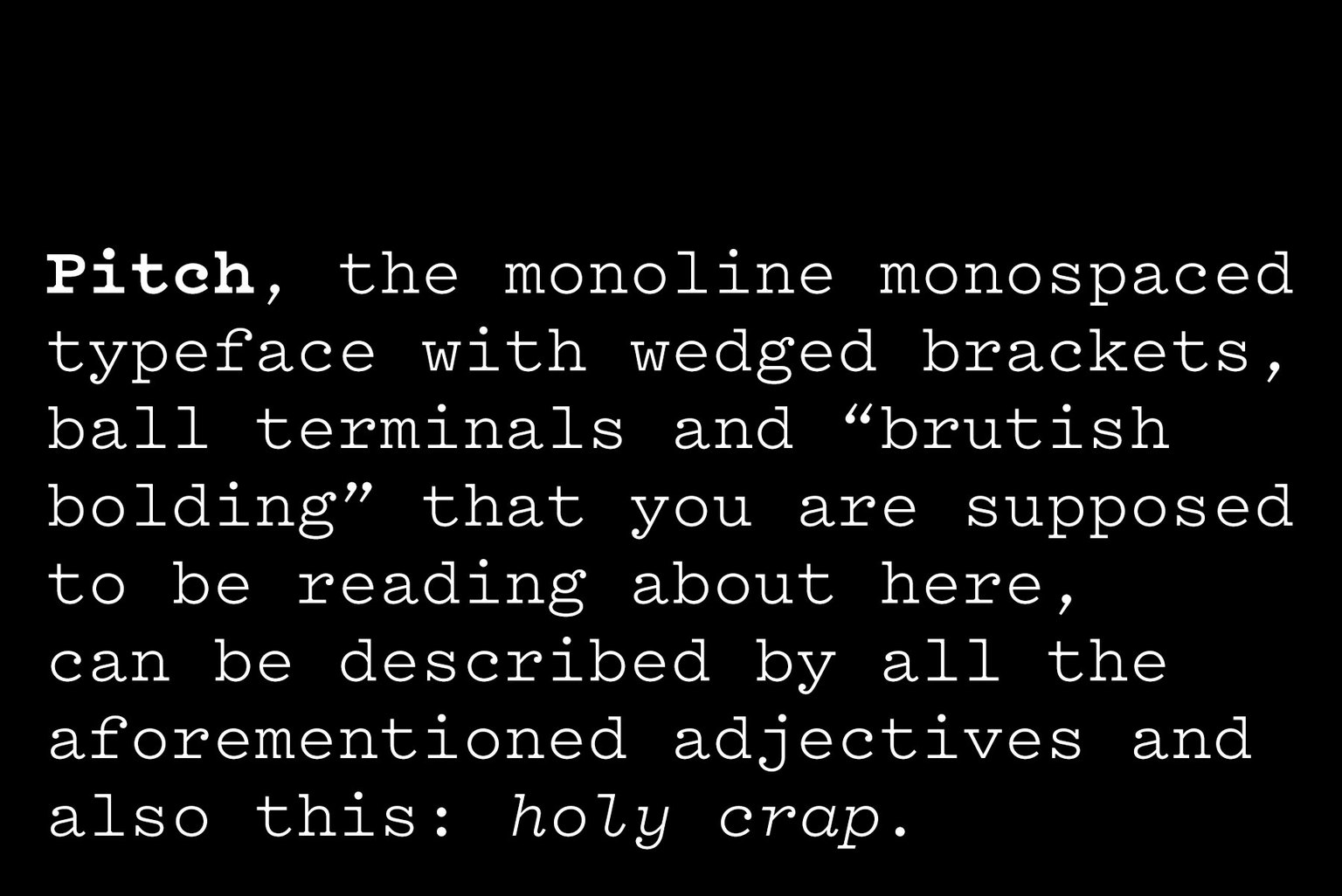 Unfortunately, there is not much I could tell you about the design of the riveting new typewriter face called Pitch that Kris Sowersby has not already published in his extensive process notes.

That being the case, I’ll spare you the repetition and go directly off on an idiosyncratic tangent.

First, a brief homage to the typewriter:
Like the bicycle, the typewriter played a remarkably important role in women’s liberation. Wikipedia informs me (with ‘citation needed’) that according to the 1910 US census, 81% of the women who entered the workforce began their careers as typists. Fans of the popular television series Downton Abbey will recall the storyline of the redheaded housemaid, Ms Gwen, who is secretively learning to type via correspondence course in order to fulfill her dream of becoming a secretary.

Read the rest of the review on Typographica…