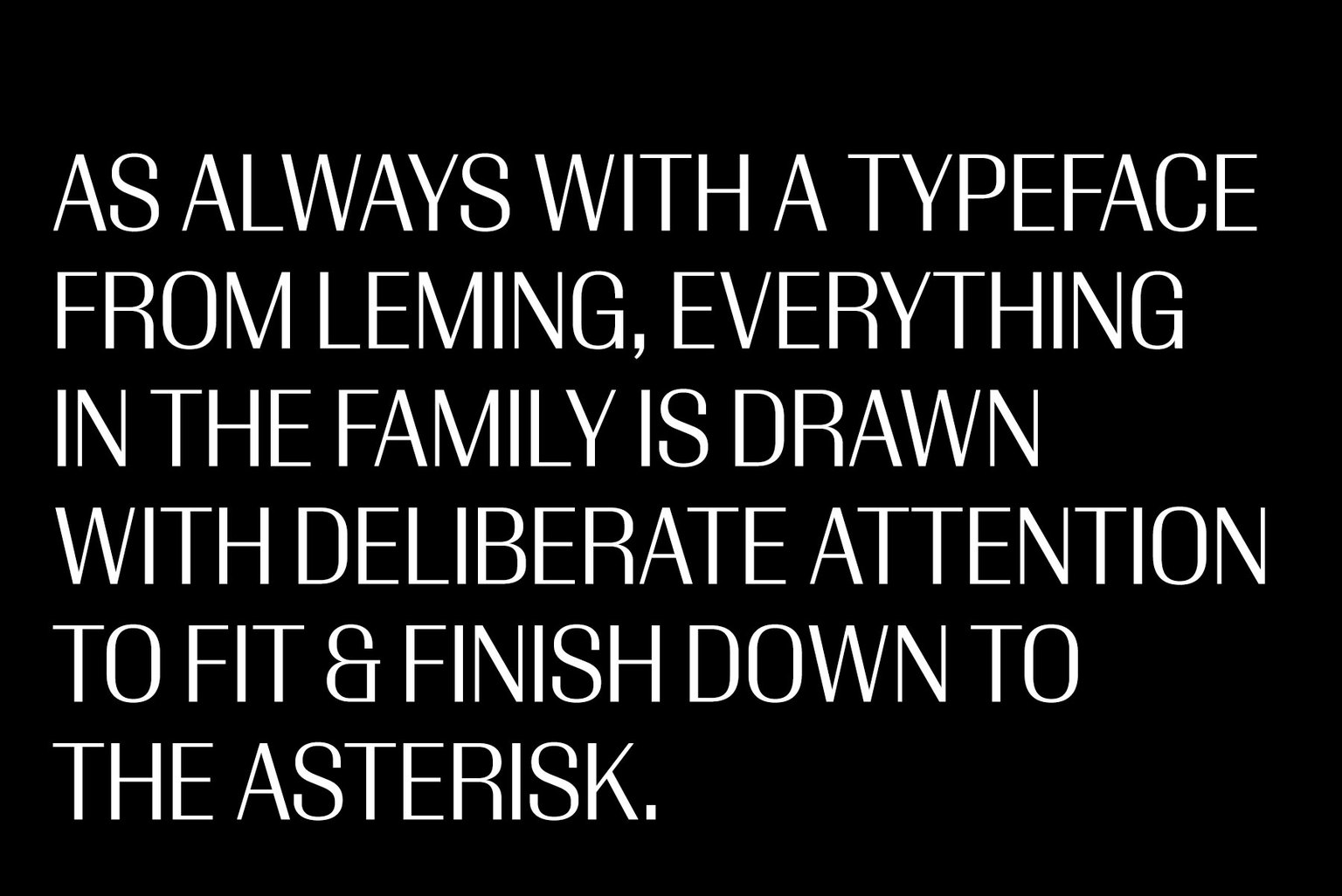 Tal Leming has built a career on his ability to deftly turn both the geometric (United, Bullet, and Mission + Control, for example) and the lettered (Burbank, Baxter, and Shag Lounge) into well-balanced typographic forms that are aesthetically rooted in their source material but function flawlessly in contemporary typographic applications.

This is a design challenge that appears simple at first glance, but it can be an exercise in hair-pulling frustration to get the letterforms sitting comfortably in both worlds while betraying neither. Timonium brings these two sides — the lettered and the geometric — together in a design that achieves lettered warmth within a geometric construction. The design takes a style that I associate with a certain French flavor (the high-contrast sans serifs of Deberny & Peignot, in particular) and with Optima (sans entasis), looks to that style in non-typographic traditions, and merges its influences in a design that doesn’t reference any certain era, but maintains a distinctive character.