Dignitas, briefly known as “Gravitas”, is a contemporary take on Roman inscriptional capitals. The face was originally designed by Christian Schwartz and Dino Sanchez originally as part of their high-concept Luxury Collection. As such, it takes an almost parodic approach to the idea of elegance. The large x-height is balanced out by very long ascenders and descenders, and though it was promoted as a text face, its delicate details work best at 18pt and above.

The classical proportions of Roman inscriptional capitals have never truly gone out of style. They have been revived again and again in history, as architectural lettering during the Renaissance and several Neoclassical periods since; by Fred Goudy in 1930; as a signage alphabet for London, designed by David Kindersley in the 1950s; and in the early 1990s in Carol Twombly’s Adobe Trajan, ubiquitous in movie poster design to this day. These proportions can also be seen in such unexpected places as Paul Renner’s capitals for Futura. The inscription at the bottom of Trajan’s Column in Rome is the best known example of this lettering style, but many, many examples still exist throughtout the former Roman Empire.

The primary inspiration for Dignitas was Augustea Nova, Aldo Novarese’s quirky and spiky Latin interpretation of the Roman inscriptional caps for the Nebiolo Type Foundry, released in a single weight in the 1950s. It’s fairly common to see Augustea Open these days, but his lowercase apparently didn’t survive the transition to phototype. Many designers have tackled the problem of matching a lowercase to the classical Roman capitals, with decidedly mixed results. Some, like Sumner Stone’s elegant and cleverly named Popvlvs, appear to derive from the theory that serifs first appeared because the letters were being painted with a brush as a template for the stonecarvers. Novarese’s solution, on the other hand, appears to derive from the proportions of the capitals, with a lively mix of wide and narrow characters.

Each style in the Dignitas family has its own distinct flavor. The Roman is light and sparkling, with sharp serifs wherever possible, even where ball terminals would usually be, and subtle flaring at the ends of non-seriffed stems to emphasize the pointiness of the corners. The Bold, on the other hand, is blunted off, inspired by a piece of cast-bronze lettering Schwartz found in a churchyard in Prague. The unabashedly pretty Italic avoids calligraphic influence in favor of rounder, softer bowls. The stately Bold Italic, drawn by Jesse Vega, is more stoic and less pretty than the Italic. Both italics aim for a very regular texture. Individual characters vary in their details from style to style, and each of the four styles has its own set of alternates. 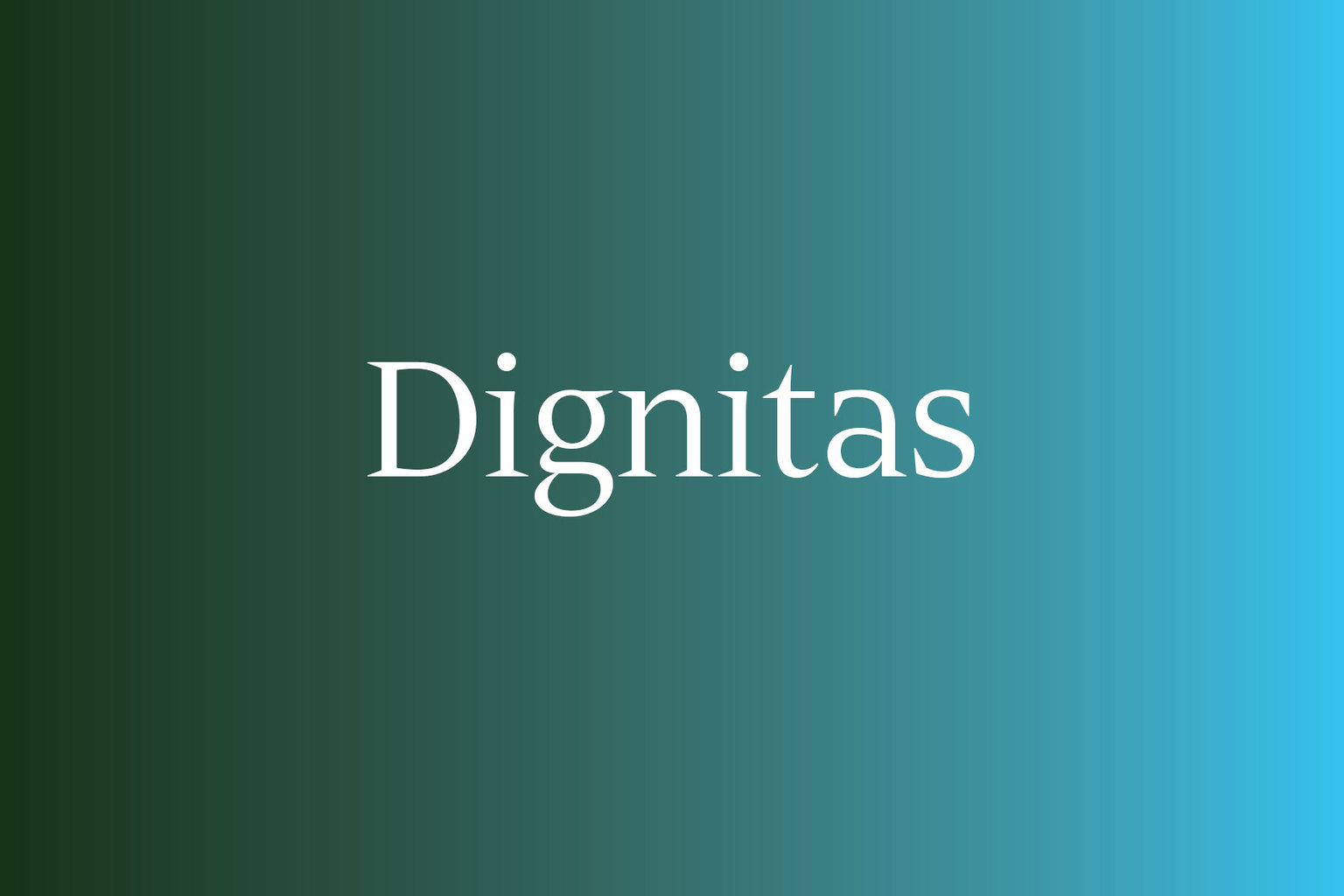