I never expected Stag to take on such a life of its own. It was originally intended to be a small, four weight slab family for headlines only, but the art staff at Esquire keep dreaming up new directions to push it in — first a sans, then a stencil, and now a rounded version of the sans.

With a rounded typeface, the specific degree of roundness is everything. Stag Sans Round needed to retain its masculinity as it became soft and cuddly, so I knew we didn’t want to make the terminals too ‘sausage-like’, like they are in faces like VAG Rounded and Frankfurter, as this would cause the Black weight to become far too comical, but they had to be rounded enough to differentiate the face from the original Stag Sans. The roundness on some terminals in the original wasn’t quite as helpful in finding the correct degree of roundness as I thought it would be, because it made the terminals too soft. However, where possible, Ross and I kept this higher degree of softness on terminals that had been rounded off in the original, which helps to make this face a bit more complex and organic in its roundness than the average soft-edged sans. 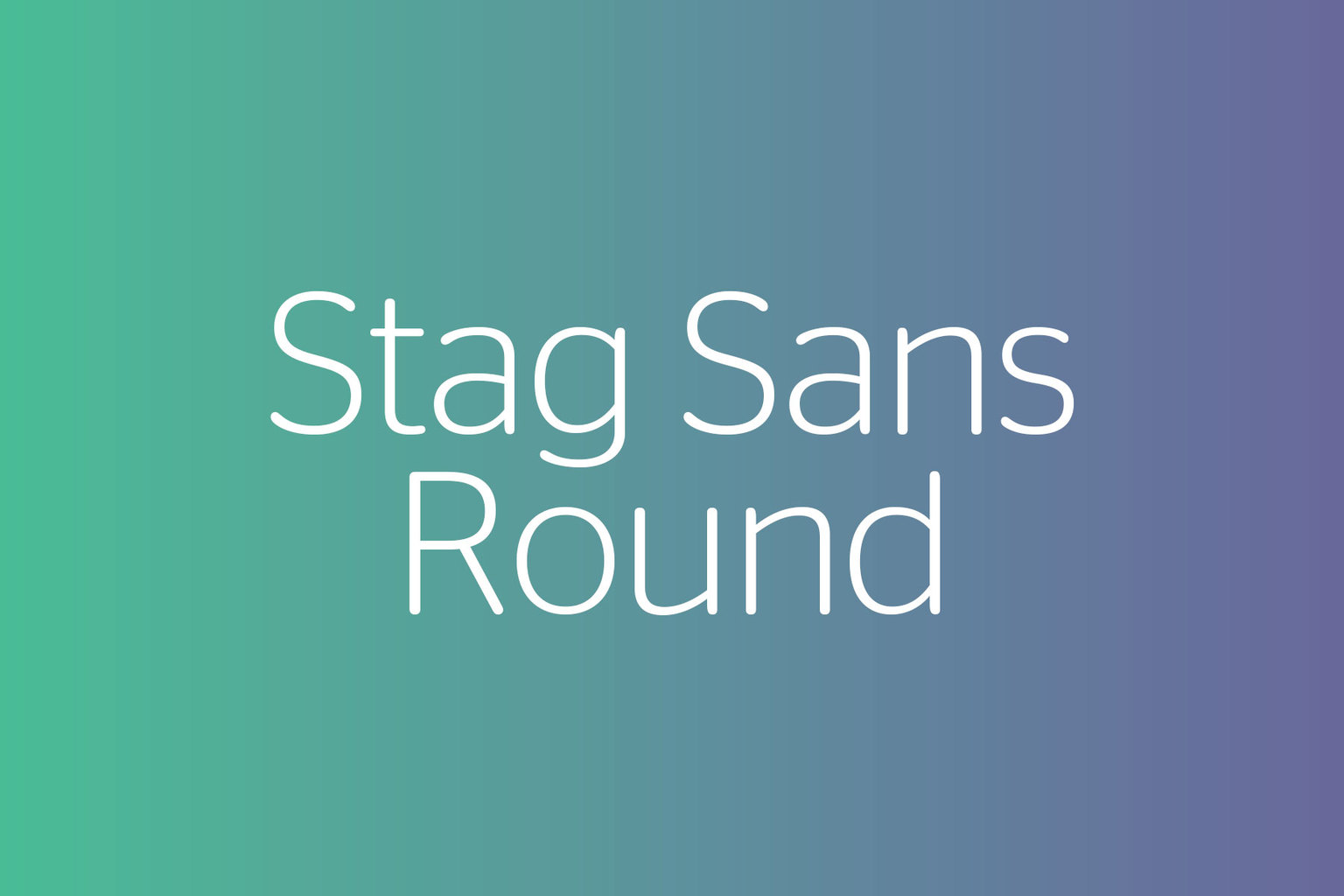