Josh Finklea began work on Post Grotesk in 2011 with the goal of designing a contemporary version of the traditional grotesk sans-serif for his own use. The intention was to build an amiable typeface with maximum usability and an overall sense of neutrality.

Finklea is a graphic designer whose work emphasizes restraint, rationality, and functionality. Post Grotesk is a careful and conservative study of the typographic genre he found himself using most frequently in his own work, incorporating his own sensibilities and refined aesthetic, as well as addressing common issues found when working with the standard faces of the grotesk and neo-grotesk genres.

Post Grotesk is informed largely by the rational tone of the more systematic grotesks, while leaning into the looseness of the less structural examples of the genre. Berthold’s Akzidenz-Grotesk and Bauer’s Venus were both inspirations for the amount of wonky “grotesqueness” that seemed both usable and unique. The flared terminals seen in Venus became an integral characteristic to the design of Post Grotesk.

“Even though I tend to lean towards restraint and minimalism, I kept running into instances where classic sans serifs like Akzidenz, Univers, Helvetica, Monotype Grotesque, and Franklin Gothic all felt too clinical and clean shaven for my work.” Says Finklea.

“I tried my best to dissect and identify some of the characteristics that made a grotesk lean more towards cleanliness and rationality on one end, and irregularity and peculiarity on the other.”

In every aspect of the design, the choice of either observing traditional models or making a finely-calculated divergence was painstakingly agonized over.

An important characteristic of this dichotomy is the consistency of terminal angle—the most clinical and rigid being the horizontal terminals such as those in Helvetica, with the more unique and lively end of the spectrum being the sheared variety with less consistent terminal angles.

As a graphic designer, Finklea found that he rarely used the lighter weights in most grotesks, as the width and interior space of the characters can feel too open and the width often feels too wide. While it can look elegant at display sizes, these lighter weights always stick out to Finklea as looking “a bit strange” in body copy. 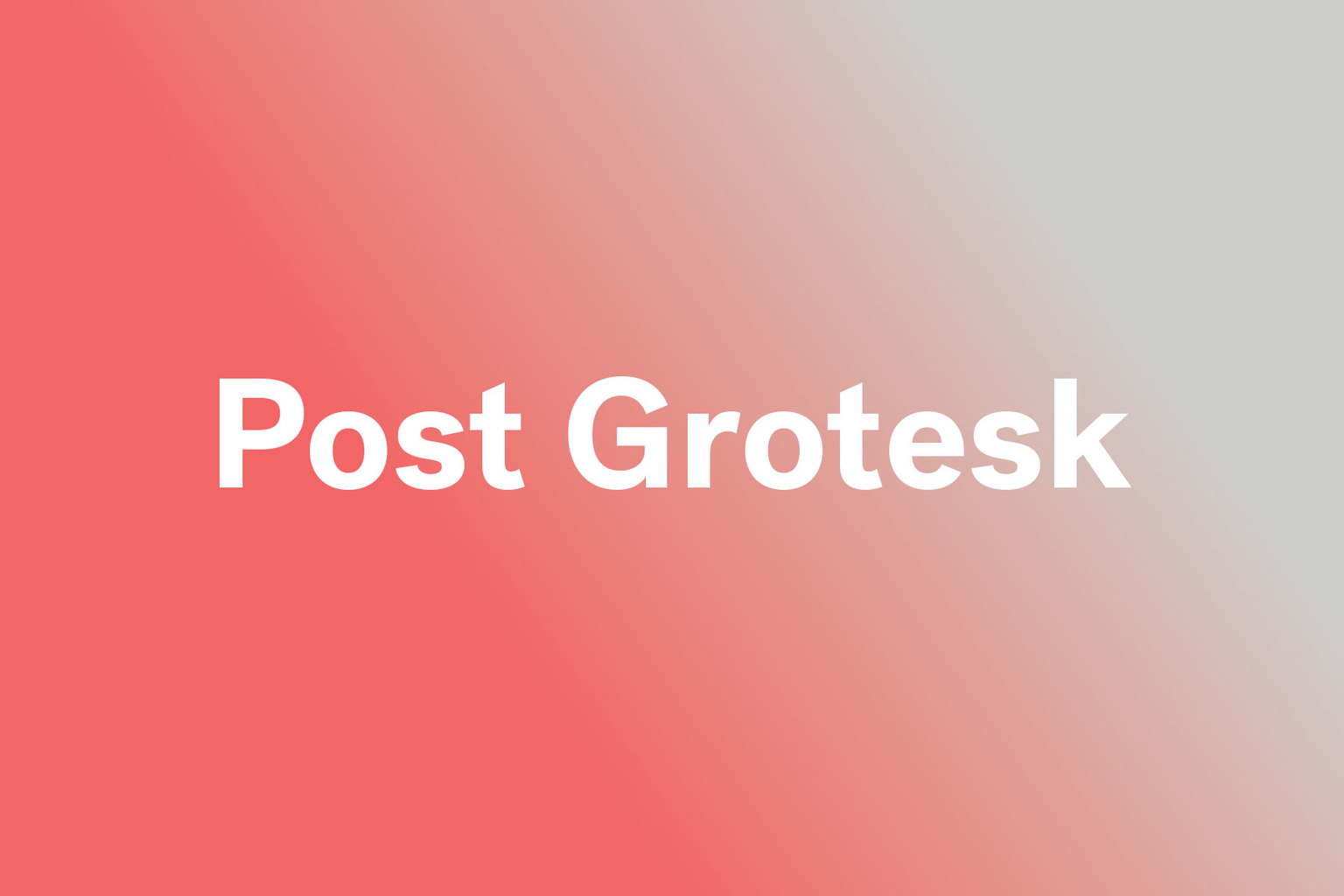