Sharp Sans is designed to look great in any context. Beneath the sleek and minimalist forms of our flagship geometric sans-serif, is a magnitude of fastidious design considerations. Sharp Sans is understated in its perfectionism, and warm in its neutrality. Designed for ultimate utility, Sharp Sans is our use-it-for-everything font.

In 2015, Michael Bierut and his Pentagram team chose Sharp Sans Display No.1 as the main typeface for the Hillary 2016 presidential campaign identity. However, as the project progressed, it became apparent that such a monumental project required a sturdier, more utilitarian typeface. The new Sharp Sans is completely redrawn and shaped by the rigorous typographic demands of modern visual communication.

The first step was to raise the x-height and open up the metrics. We opened up apertures, experimented with new constructions, and made subtle adjustments to weight and emphasis.

Some things we loved about the old display style ended up finding ways to rhyme and groove with the new lowercase. The roman lowercase a was given a double story construction in the new ‘everything’ version due to legibility issues with the classic ‘Futura’ when set at small sizes.

Importantly, the signature slab-like true-italics of Sharp Sans Display No.1 were replaced with a corrected oblique lowercase that is more traditional for the genre and more useful for designers.

The skeletal construction of the Sharp Sans Display uppercases makes for a subtle but exciting tension in display settings. The Bike NY campaign is a particularly good example of this. Its varied system of uppercase letter widths also relates well to its small lowercase. For something that needs to work for everything, however, (smaller all-capital settings included) this typeface would not be appropriate.

A common theme in our work is to create harmonious systems of uppercase letter-width relationships. The word-shape of the new Sharp Sans uppercase has a much evener interval of rhythm than its display predecessor. The methodology behind this was to find the sweet spot in between the two extremes of monospacing and a hypothetical extreme of proportional/varied letter widths.

The features unique to monolinear capital letters that makes the scrutiny of letter width relationships so important in this space are the lack of ascenders and descenders, the nature of monolinear typography, and the simplicity of the Latin alphabet. The diagram below demonstrates each letter’s width-relationship to the uppercase H, whose width is determined by the platonic form of all geometric typography: the optically perfect circle.

The degree to which each letterform inhabits or exceeds this space is unique to the construction of that particular letter. However, they are not intended to optically appear as all the same width. We reduced the width of forms whose sides take up less optical weight than those with flat stems. This reduction is evident in the forms like the E, F, I, L, and Z. Other letters like the A and V compensate their dense, acute joins by taking up more ground with less form. In letters made up of higher amounts of strokes like the M and W, the density of form gets too dark, and they must exceed the confines of the H-width substantially. The I and J are the other far outliers to this median-width range on the opposite extreme, being only a single stroke and therefore taking up far less space.

Many other useful updates can be found under the hood as well. The quotations, apostrophe, ampersand, and the numerals were all drawn from scratch to give the typeface a friendlier and more approachable voice.

Although the new naming convention of the Sharp Sans series would suggest a hierarchy of optical size (Sharp Sans and Sharp Sans Display No.1 & 2), their relationship is more complex than the traditional text and display relationship. Sharp Sans is not a text face; it is a one-size-fits-all use-it-for-everything face. While the original Display versions complement the new Sharp Sans beautifully when used in tandem, the choice to use one or the other at an appropriately large point size is a stylistic decision, as well as a practical one. Sharp Sans Display is edgy and provocative, while the new Sharp Sans finds grace and utility in its perfectionism. 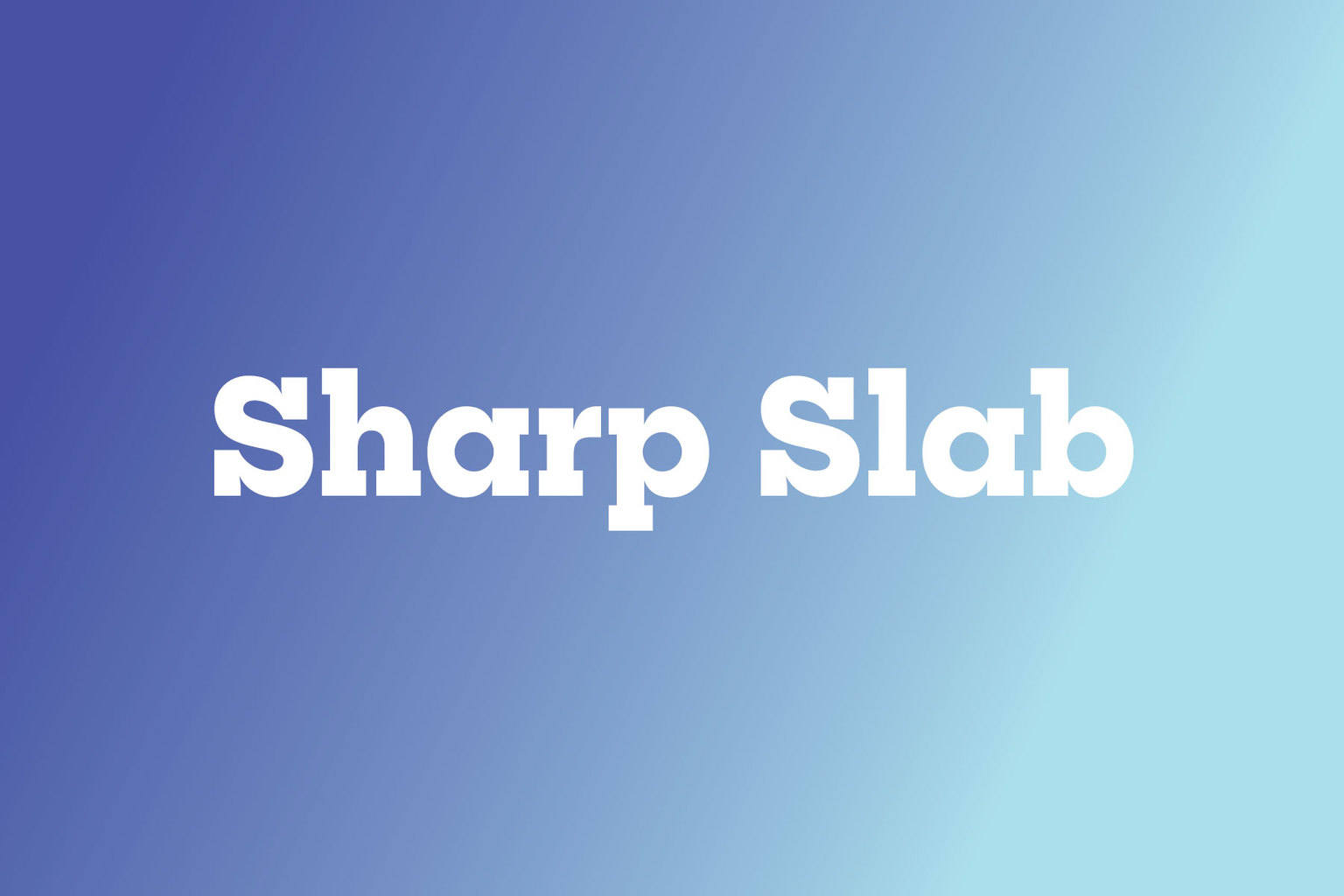